Apple iPhone and Samsung Galaxy phones were first launched on this day, 29 June 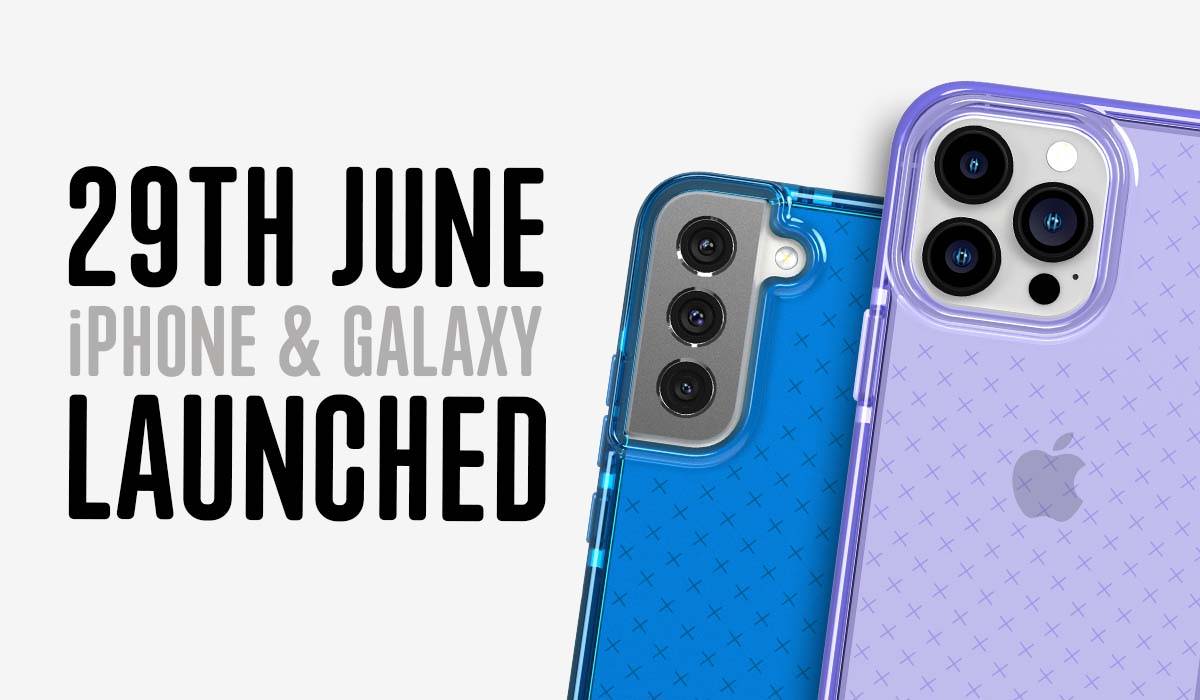 "Today, Apple is going to reinvent the phone."

Six months after Jobs made this announcement, the original iPhone went on sale to the general public of the United States on 29 June, 2007. Inevitably, there were queues and stock shortages as tech fans vied to get their hands on this game-changing device… Two years later, in 2009, Samsung released their first Galaxy phone on the same date – the first device to run Google’s brand new Android operating system.

The iPhone’s launch wasn’t without hiccups. Just six weeks before the device was due on sale, Jobs scratched his personal iPhone’s screen and demanded the plastic screen be replaced with something tougher – which is where the glass screen came in. The first iPhone ran the iPhone Operating System – now known as iOS – and featured visual voicemails, multi-touch gestures, email, Safari web, an iPod player, a YouTube app and GPS-enabled weather forecasts. There were no third party-apps, however, as the App Store did not arrive until the Second Generation was launched with the iPhone 3G a year later.

The original iPhone was initially sold for $499 (4GB) or $599 (8GB) but the price point did not put many off with Apple selling 1.9 million phones in 2007. A breakthrough event in so many ways, the release of the iPhone 1 set Apple on its current course and news of their latest generation iPhone is still one of the company’s key events – no wonder when it’s estimated the iPhone 12 series has sold over 100 million units.

Google finished their acquisition of the mobile operating system Android in 2005 and the Open Handset Alliance (a consortium of tech companies also including HTC, Motorola and Samsung) was formed in late 2007. Shortly after, Samsung announced the launch of the Galaxy GT-17500 – an Android smartphone that kicked off over a decade of bestselling Galaxy series smartphones. The first Samsung Galaxy phone went on sale on 29 June, 2009.

The original Galaxy phone was a small (4.5 x 2.2 inches) device that made use of touch screen technology. It had a 5MP single camera and 128 MB of RAM/8GB of expandable storage as well as a suite of mobile Google services including Gmail, YouTube, Google Maps, MP3s (yes, it did support iTunes) and a Beta version of Spotify. It also included headphone sockets – a huge selling point over a decade ago.

Since the launch of these world-changing devices, smartphones have become more and more important to all of us in so many aspects of our everyday lives and it’s increasingly vital to keep them protected at all costs. Tech21 has been there from the start, developing phone cases and coevrs for iPhones since 2007 and Samsung Galaxy cases that protect against drops, scuffs and scratches since 2010. The first ever Tech21 products made to support a Samsung device were a wallet case to support the Galaxy Tab (Samsung’s first tablet), followed by a case for the Samsung Galaxy SII phone.

In fact, just two years after Tech21 was started by Jason Roberts in 2005 with the aim ‘to create the most intelligent impact protection on the planet’, we developed our first case for the original iPhone – the iBand. Made from a D30 material that wrapped around the edge of the phone, it was only available in black and was swiftly followed by Impact Mesh – a case with a back for higher level of protections and small holes that represented a ‘mesh’ feel. We continued to develop our materials and by the time the iPhone 4 was launched in June 2010, both the iBand and Impact Mesh had improved significantly. We also managed to design our first completely clear case to showcased the orange D30 material.

September 2012 saw us expand our range (and colour selection!) by giving customers the chance to get their hands on the more rugged Patrol and Combat ranges; the latter of which was our first case to offer full 360° protection with a built-in impact shield. This year also saw the backing of the Impact Mesh adapted into something more solid.

By the time, the iPhone 6 was launched in September 2014, Tech21’s research and development teams had researched and identified all the best impact-absorbing materials and developed FlexShock™ – the world’s most advanced impact protection material. Exclusive to Tech21, FlexShock™ efficiently absorbs and dissipates impact force and stops it from passing on to your device. With the addition of Evo Wallet, the waterproof Evo Xplorer, Evo Elite and Impact Clear, our range of cases for the iPhone 6 appealed to a variety of customers. We’ve continued to extend and enhance our range over the past six years, with 2020’s plant-based Samsung selection offering protection against drops and microbes and 2021's range of iPhone 13 cases offering our toughest multi-drop protection yet.

As the technology of the devices has progressed in the past six years, so has ours. We have innovated and adapted our materials and science to suit the modern market and as official partners of both companies, we are proud to develop Apple phone cases and Samsung phone covers that not only offer strong levels of impact but also hygienic protection. We look forward to working with both companies for a long time to come.